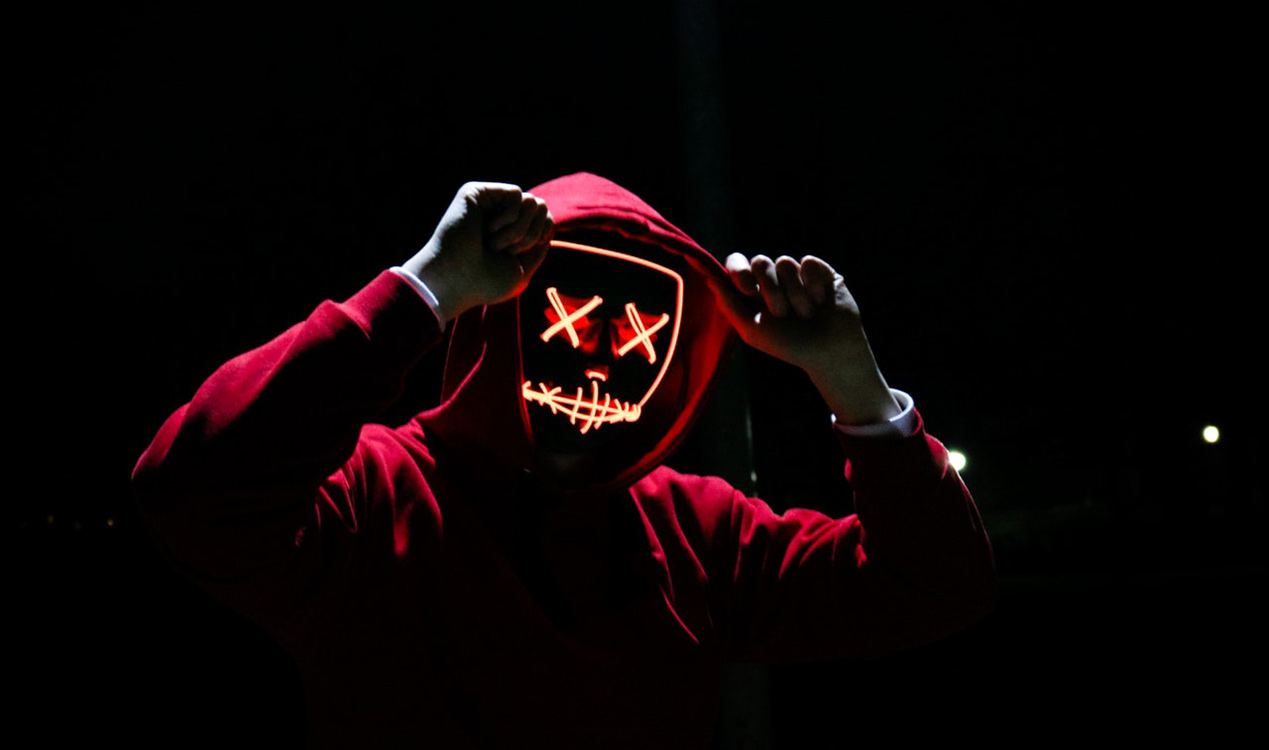 Once upon a time…

a radical 17th century pothead-philosopher fretted that everything he saw, heard and felt was one big lie – reality was the trickery of devious gods. It took 20 years and a shit-tonne of pot, but eventually he figured out reality was, well, real. And he uttered those now-famous words that no-one quite understands but everyone used in college to get laid: “I think, therefore I am.”

Or so we thought.

As we scramble about our uber-modern lives, there’s a growing sense that something’s not quite right. That something’s going on, and we missed the memo.

It feels as if an illusion is printing around us. Pixel by pixel.

It happens too slowly to see change.

But we sometimes catch glimpses, and we feel the touch of the new devious gods.

Nudging us further into their world.

Once upon a place…

Do you remember the early days of the net?

I recall watching in awe as the online ecosystem grew. Fertile ground for creatives and rebels and self-starters. And all manner of nutbags.

Even us punk kids could enter this world of possibilities, free or charge or hinderance, and do as we pleased. It was unencumbered by even the banality of boundaries, rules or physics.

I remember thinking, one day we will move into this new world, because:

Eventually, everything that happens offline will happen online.

That thought has been true for many years. Not just because the internet allows for near-complete freedom. But because, inevitably, we’re driven by our instincts.

What I didn’t realise then, but worry about now, is that what we create online – in that filterless, judgey, lawless world – will leak into the real world.

To understand why this is a truely disturbing thought, take a glimpse into some of the most scary corners of the net.

Seeing is Not Believing

We are entering an age where we can’t trust our own eyes and ears.

Deepfakes are videos that appear authentic, but have been altered to deceive us usually for political or commercial reasons, but also as part of a kind of Cold War II (more on that in a moment).

Deepfakes are now so convincing that they are becoming part of the digital landscape (think: landmines not daffodils).

For a fun/disturbing example, check out this video of Steve Buscemi’s face transposed onto Jennifer Lawrence:

Deepfake software can literally put words into other people’s mouths. Researchers at Stanford University have developed software that can alter a standard video to change the speech by simply typing in new words.

If this doesn’t terrify you, it should. Experts I talk to worry that adversaries could use deepfakes to provoke conflicts or even war.

It’s almost a given that a deepfake will at some point move the stock market by ‘announcing’ something like tariffs or oil supply disruption, potentially wiping billions off investments and retirement savings.

US lawmakers are terrified deepfakes will pervade the 2020 US election and distort another election in the world’s most powerful democracy.

Generation X, but more so Millennials and Gen Z, spend much of their time on the net on social media sites. We don’t just socialise there. We shop, create and learn, and are informed and entertained there.

What’s wrong with that?

Consider this. Algorithms fill our feeds with attention-grabbers, influencers, news, entertainment, fashions and the like. Digital social influencers that look and speak like real people (basically, more relatable versions of the same algorithms) guide us from fad to fad, thought to thought.

This is different to surfing the web. It’s subtle, but we give up control to our social feed. So, in a way, the web surfs us.

We’re nudged into a sort of cultural echo chamber where our views are guided and we then reinforce them among ourselves.

While the effect of the cultural echo chamber may only result in us being a little poorer (having bought more useless shit) or a little shallower (having suffered through another of Tay Tay’s spats), the same effect is being used for more sinister purposes.

Adversarial countries are actively and skilfully manipulating social media’s echo chambers to create conflict or to sway opinions as they wage political warfare (a kind of low-rent Cold War) with the West.

Russia’s successes, for example, in helping to swing outcomes like the 2016 US election and the UK’s Brexit referendum were just part of a long campaign to spoil the rules-based order (the system of organisations like the UN, and rules like trade law, that help us avoid another world war).

For example, Russia is happily stoking conspiracies in social-issue echo chambers on Twitter. A recent study by George Washington University uncovered the extent to which Russia trolls are encouraging anti-vaxxers and stoking discord.

The Death of Facts

A steady stream of misinformation – often by opportunists or commercial interests – is eroding not just the public’s ability to tell a fact from fallacy, but their confidence in science itself.

So Facebook memes sway the opinion of sceptical, barely-interested people toward climate change denial and away from climate action, for example.

No News is Good News

Fake facts, fake news, fake footage and even fake people are building an illusion that is becoming more and more real.

The same traits that nurtured such incredible innovation on the internet – freedom, openness, low-barrier participation – are propagating our worst instincts too.

We are not just free to promote human rights, we are equally free to deny the holocaust. The same creativity that built blockchain can also wage cyber warfare. The internet that allows Kenyan farmers to access banking can also hide despots’ blood money.

The internet makes real all our worst impulses and gives voice to our darkest thoughts.

Somewhere between our monitors and our fellow humans, the meek become brash, and the reserved become reckless.

There are no rules online and distance devours morality.

But why do we care that the online world is ever more delusional?

We care because this too is true:

Eventually, everything that happens online will happen offline.

Our online world – distorted and captured – is bleeding into the real world. Our lives are being manipulated by the self-serving illusion created by the new devious gods.

In the final part of this series we look at how the net distorts the real world. What it means for Generation X and those that follow. And we will see how our famous philosopher’s words are already helping us see through the grand deception.

If you missed Part 1, catch it here.

Or if you’d rather get back to early retirement planning, here’s our three must-know tips.

Or perhaps you just want to know which generation would win a zombie? Of course you do.