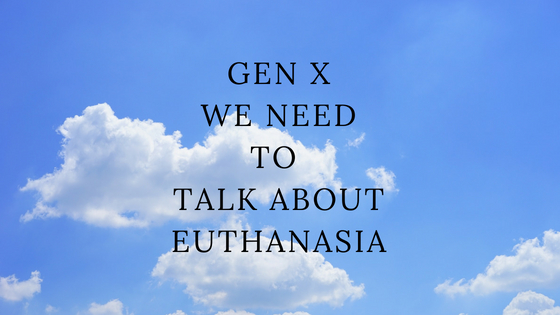 When respected scientist Dr David Goodnall flew across the world to end his 104-year-old life, he sent a powerful message: my life, my right to die. Advances in longevity will mean our kids will routinely live as long as Goodnall. In the meantime, we need to talk about euthanasia.

Dr David Goodall was 104 years’ old when he committed suicide.

He wasn’t terminally ill. He had a loving family. He’d lived a full life.

But in recent years, age had taken its toll. He could no longer drive to the community theatre for rehearsals. He couldn’t attend university to continue his life’s work in biology. His world closed in around him.

He had a serious fall and laid on the floor in his one-bedroom apartment for days before he was found.

Like so many others, he was moved to an aged care facility. Usually, this story would end with him passing away alone in his bed, having long sat idle in witness to his indignant decline.

But the good doctor was not one to sit idle.

The Right to Die

Goodnall was an advocate of assisted suicide. One of Exit International’s first members. He was pissed that an Australian law he opposed was prohibiting him from ending his life — forcing him into an undignified death in slow-motion.

Cards on the table, I’m pro euthanasia. A person’s life is their own to live, including to end. I am yet to hear counter arguments that can’t be addressed in sensible right-to-die legislation.

Polls show most people agree. In Australia, well over 80% of people support euthanasia. The story is similar in the UK  and US. Regardless, progress on euthanasia has been patchy. A lack of political courage is the usual culprit.

At some point, we will have to put on our big kids’ pants and address the issue. Our life spans are increasing through safer lives, better health care and technological innovation. Our children will routinely live to be as old as Goodnall.

But will our kids want to live that long?

While medical breakthroughs and healthy lifestyles are increasing our longevity, they do not protect us from the atrophy of ageing. You won’t be hover-boarding around the hyperloop park when you’re 100 years’ old.

You’ll be in as aged care facility where the highlight of your week would be having a suppository jammed up your ass because you hadn’t shit since last Tuesday. Your smell, taste and touch would have depleted long ago, and your sight and hearing would be ailing. You’re most frequent visitor would be your nurse.

Your family, several of whom would be one fall away from a retirement home themselves, would feel bound to visit you. And on and on and on you go.

Caring for a Generation of Centenarians

If the next generations are forced to live out every last minute of their very long lives, how will we pay for it? The Millennial population in the US, for example, is 60 million. If half live to be over 100 years’ old, and if they prove to be as bad at retirement savings as we Gen Xers, there is little prospect that the government could sustainably fund their health care. At 100 years’ old, these folks would have already been retired for at least three decades.

Conservatives may howl and moan when they hear arguments like these. They may falsely promote themselves as the authority on morality. They may muddy the euthanasia debate with disinformation and fear campaigns — see the marriage equality debates for 50 billion examples. But theirs is a minority view.

Modern states can work through complex issues like euthanasia and create workable laws. Some states already have.

Generation X, We Need to Talk

In those other states, we should be talking more about euthanasia.

Each of us should inform ourselves so we can cut through the white noise of those on the extremes and take part in the discussions.

If you want to get started now, Debatewise has a page laying out both sides of the euthanasia debate.

Start a Blog at WordPress.com.